One month of intense preparation turned into one test day and three days of shooting for Japanese client Lexus, Japanese agency Dentsu and Japanese production company Pict International. Boogie provided service production for the team, while teaming up yet again with director Anders Hallberg who worked alongside DP Ekkehart Pollack.

Our goal: shoot an experimental project where four cars drive at different speeds and splash puddles of brightly coloured paint onto a massive canvas, creating a unique work of art.

Given the choice, most clients would take the route of post-production for a project as visually ambitious and technically challenging as this one. But we did the exact opposite: we emphasized authenticity and realism, using real cars, real paint, and real stunts. For the client, this authenticity was paramount. The canvas would be created by real drifting and skidding. In fact, Anders put less emphasis on the film and script itself, and instead focused on capturing gorgeous, evocative footage that would become a powerful movie at the editing stage.

Swedish pro-driver Samuel Hubinette sat behind the wheel. Travelling from LA to Prague for the shoot days, Benet’s masterful style of skids and stunts is comparable to the art of pro-rally driver Ken Block. Thanks to the multitude of skids Benet executed, he created a unique, vibrant painting on a canvas spanning 25 meters in length and 3 meters in height. But don’t kid yourself: each style of skid as meticulously planned in advance, so that the colours landed evenly on a designated portion of the canvas, with the correct height and given intensity of colour.

As such, the main task for us was to properly test the puddle-splashes so that we would have a reliable, fail-safe procedure on the day. In order to create these planned splatters, we looked at the size and shape of puddles, their depth, taking into account the speed of cars and the density of the coloured liquids. Two tests were done in Japan and two tests were done in Prague. Several thousand liters of ecological, water-based, non-chemical colour was used to bring this to life.

In case you were wondering, all artwork was sent back to Japan. 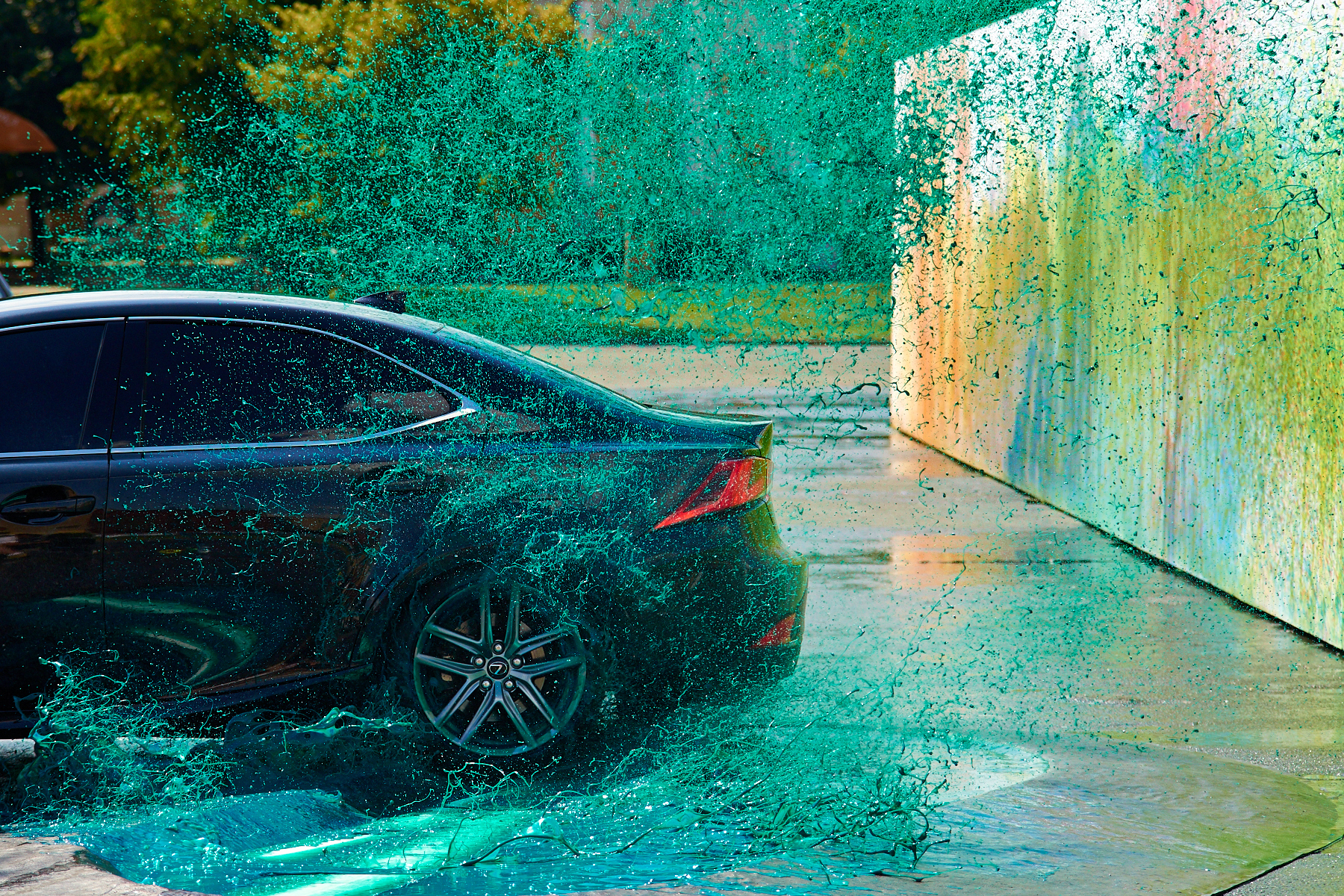 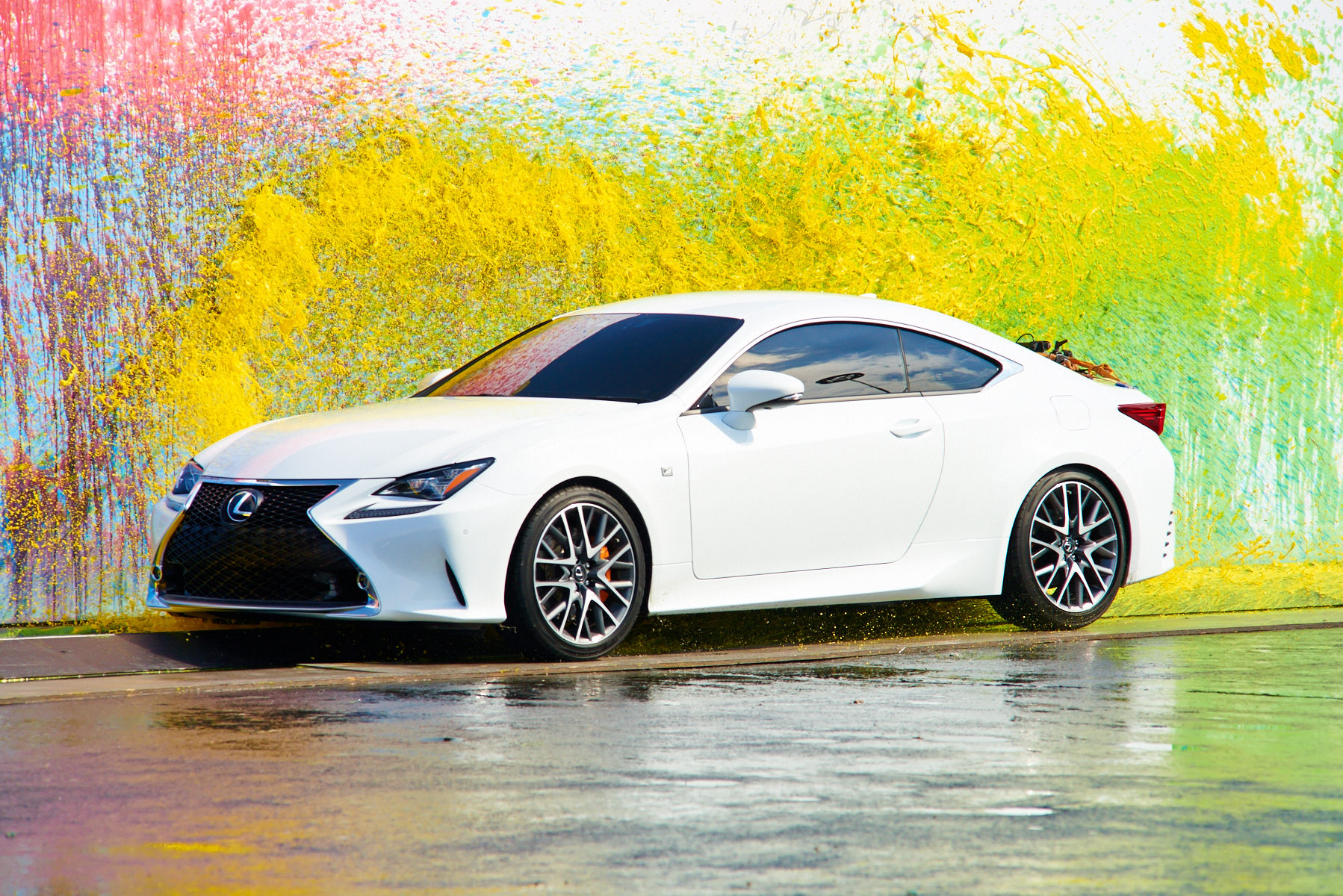 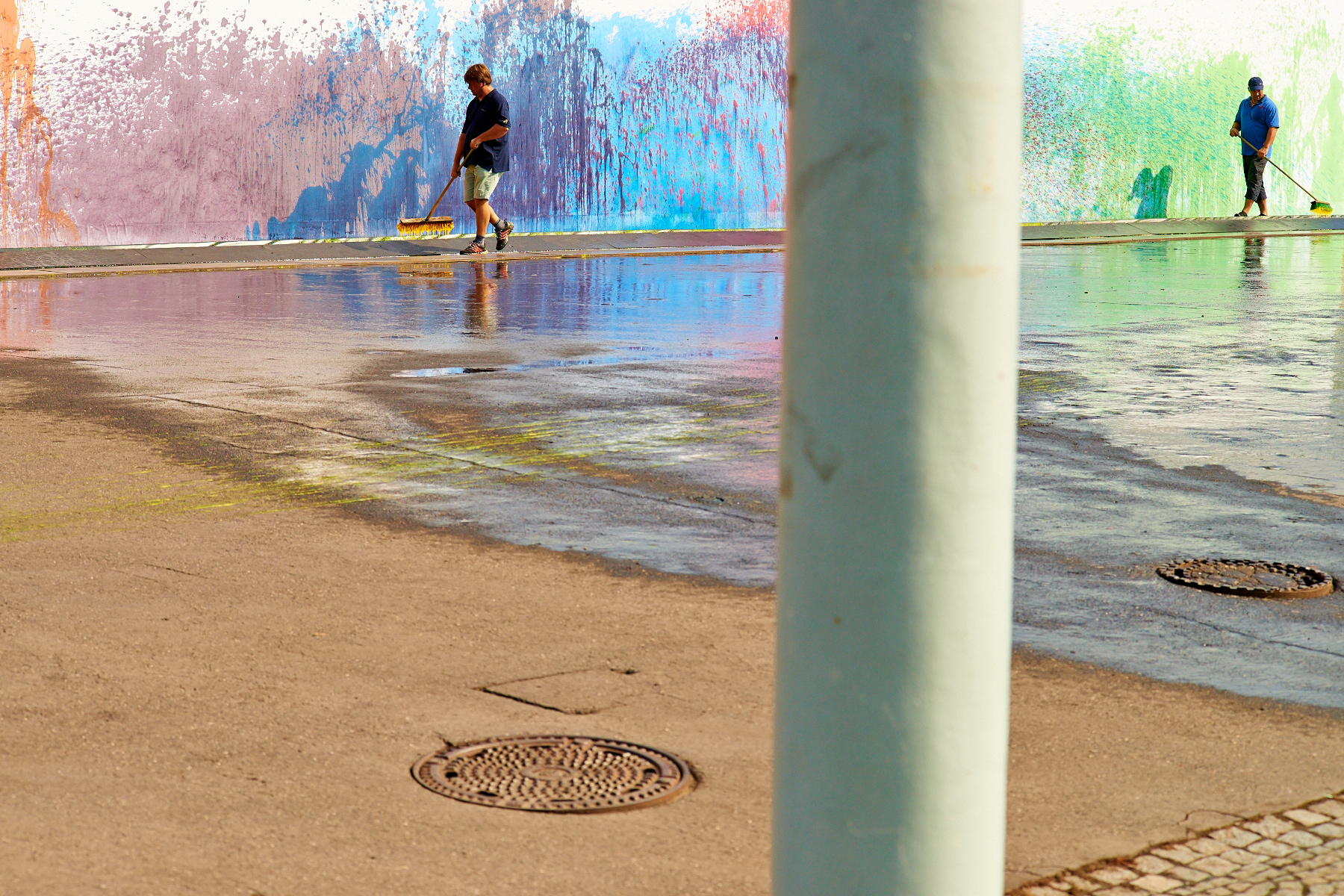 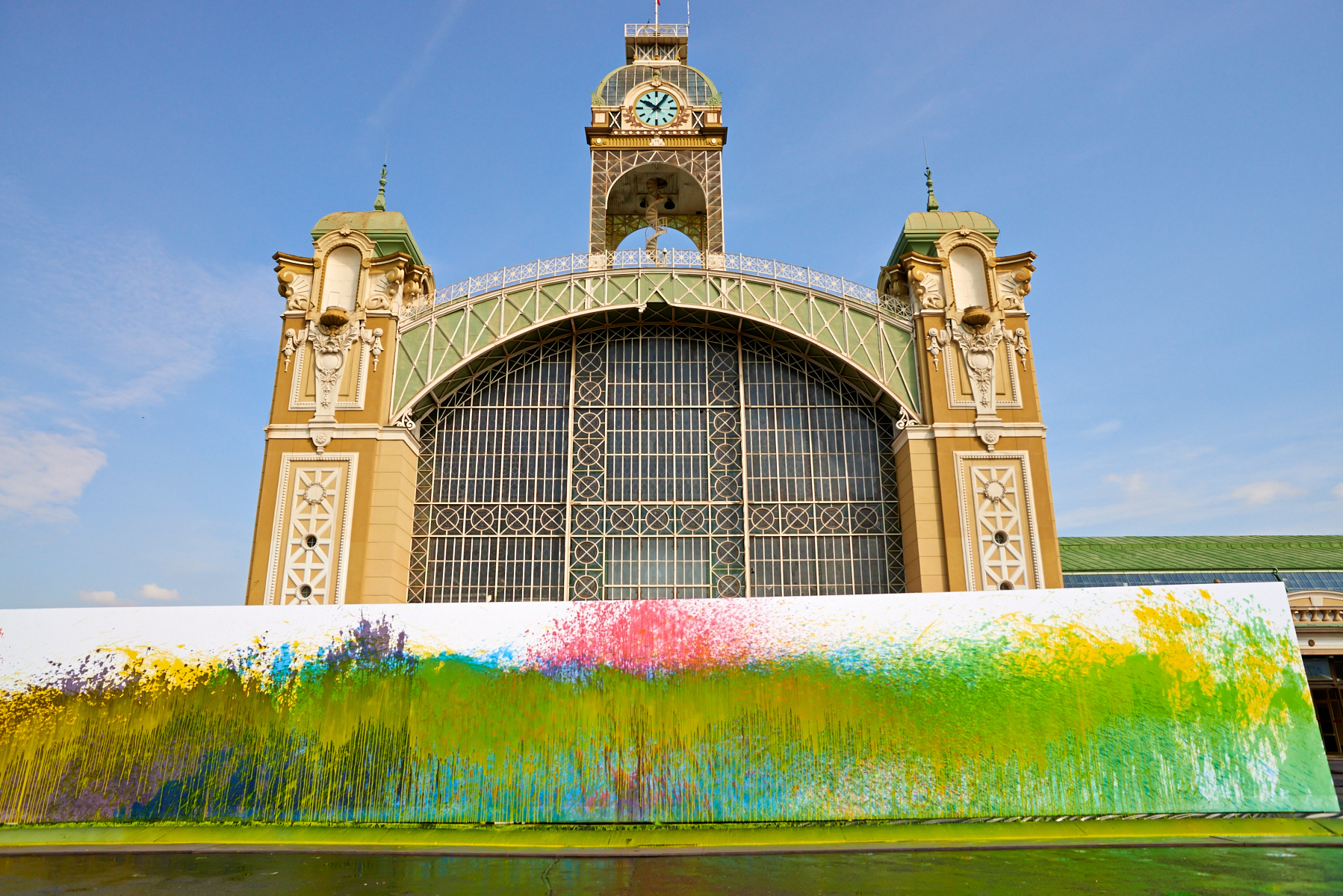 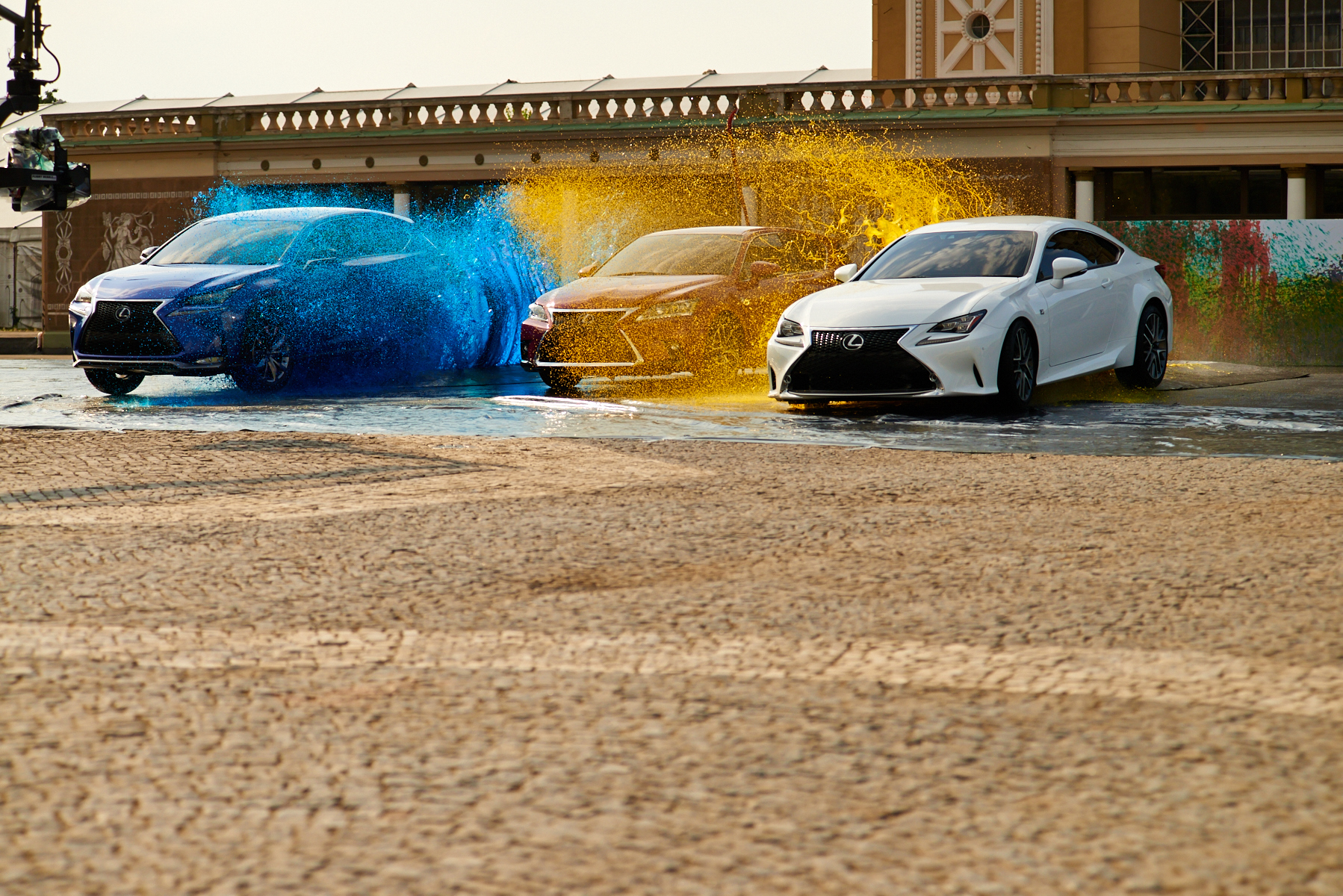 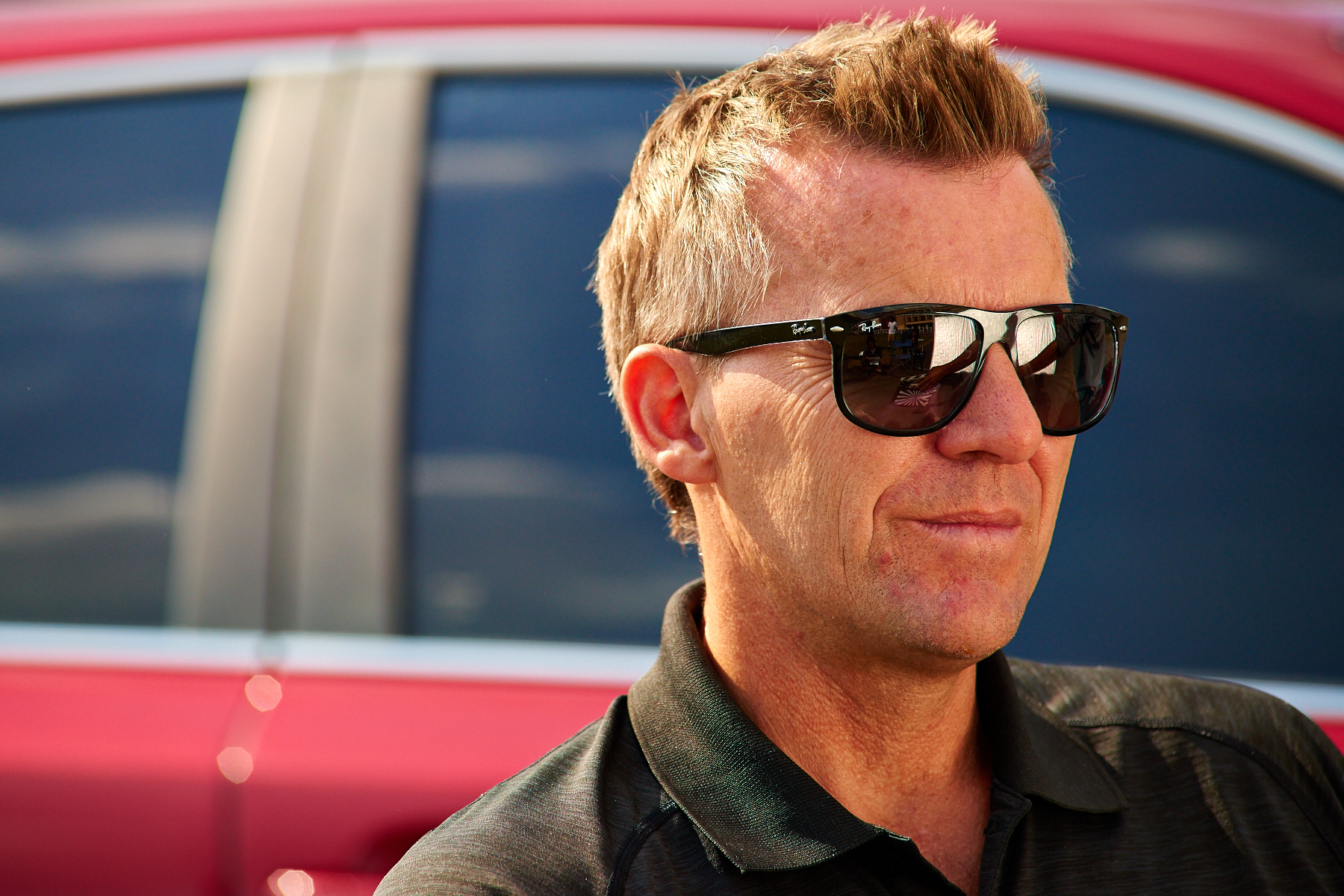 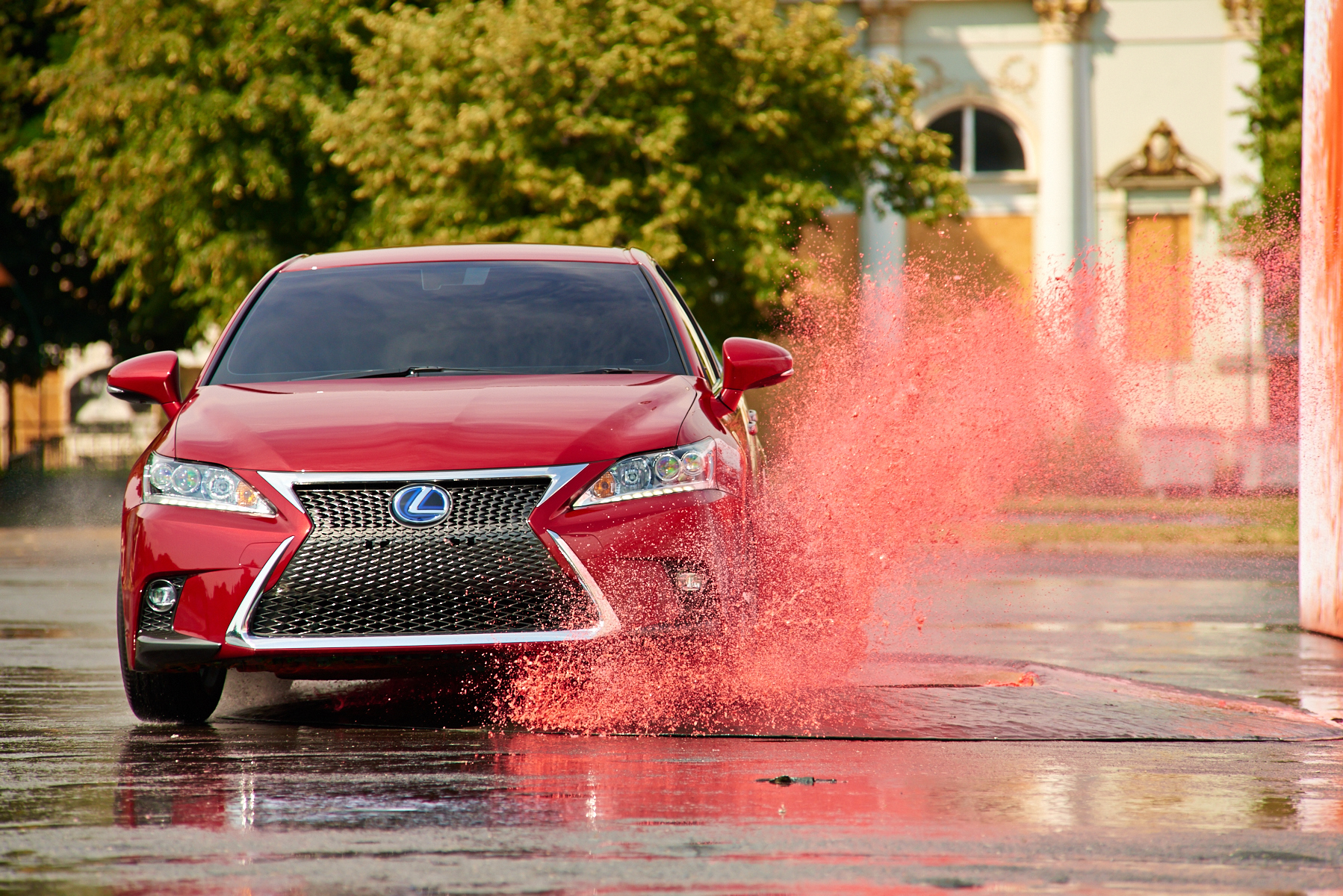 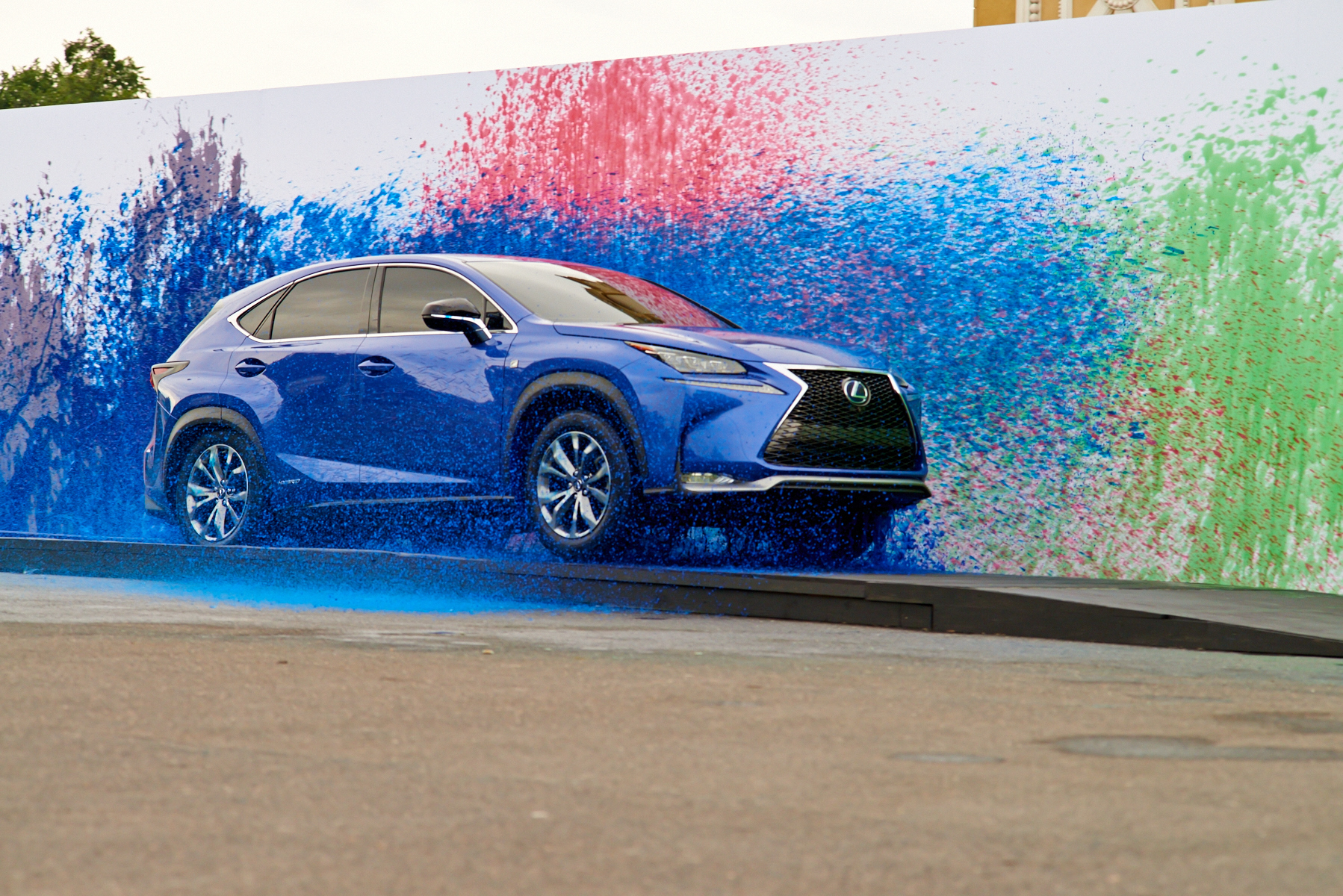 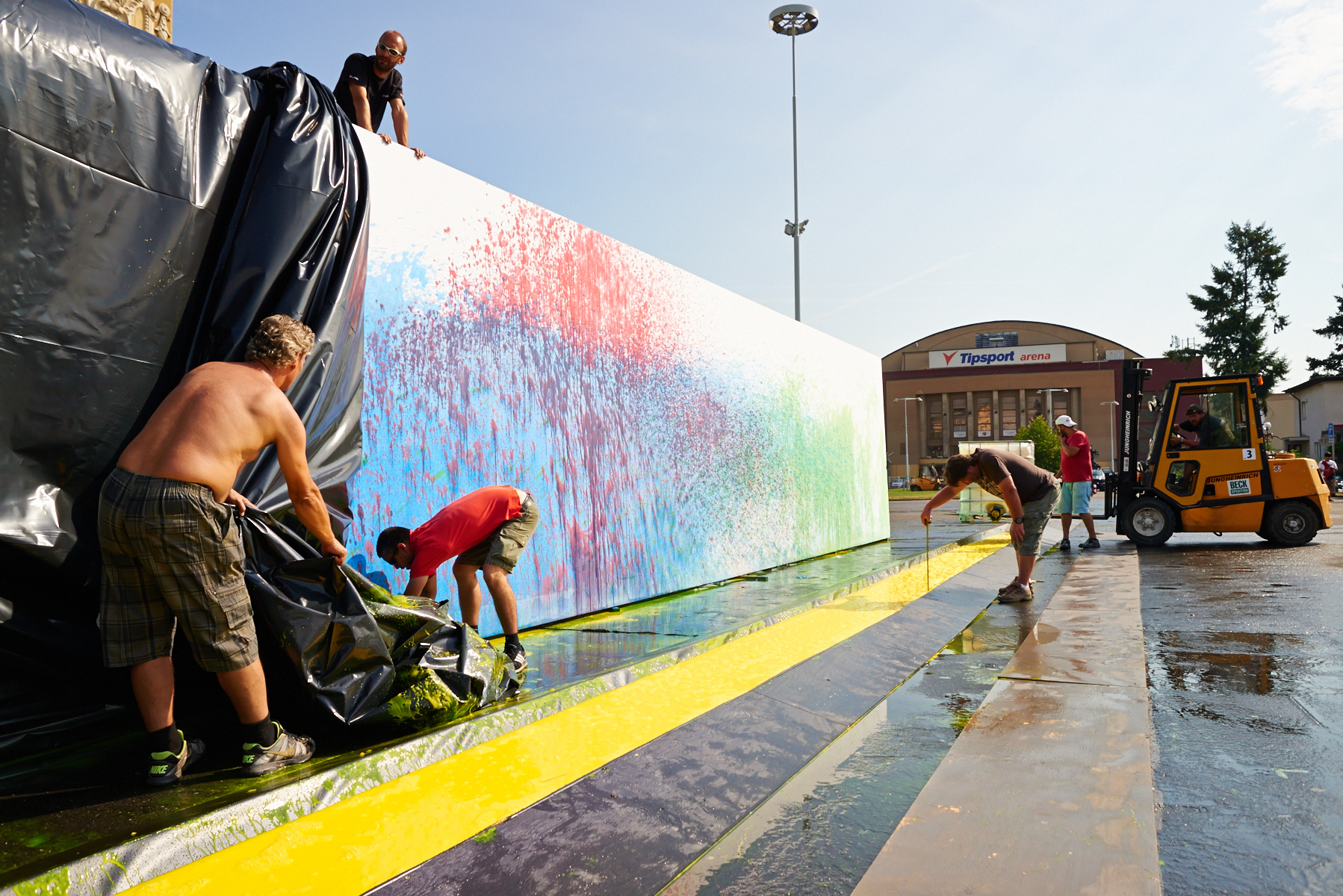 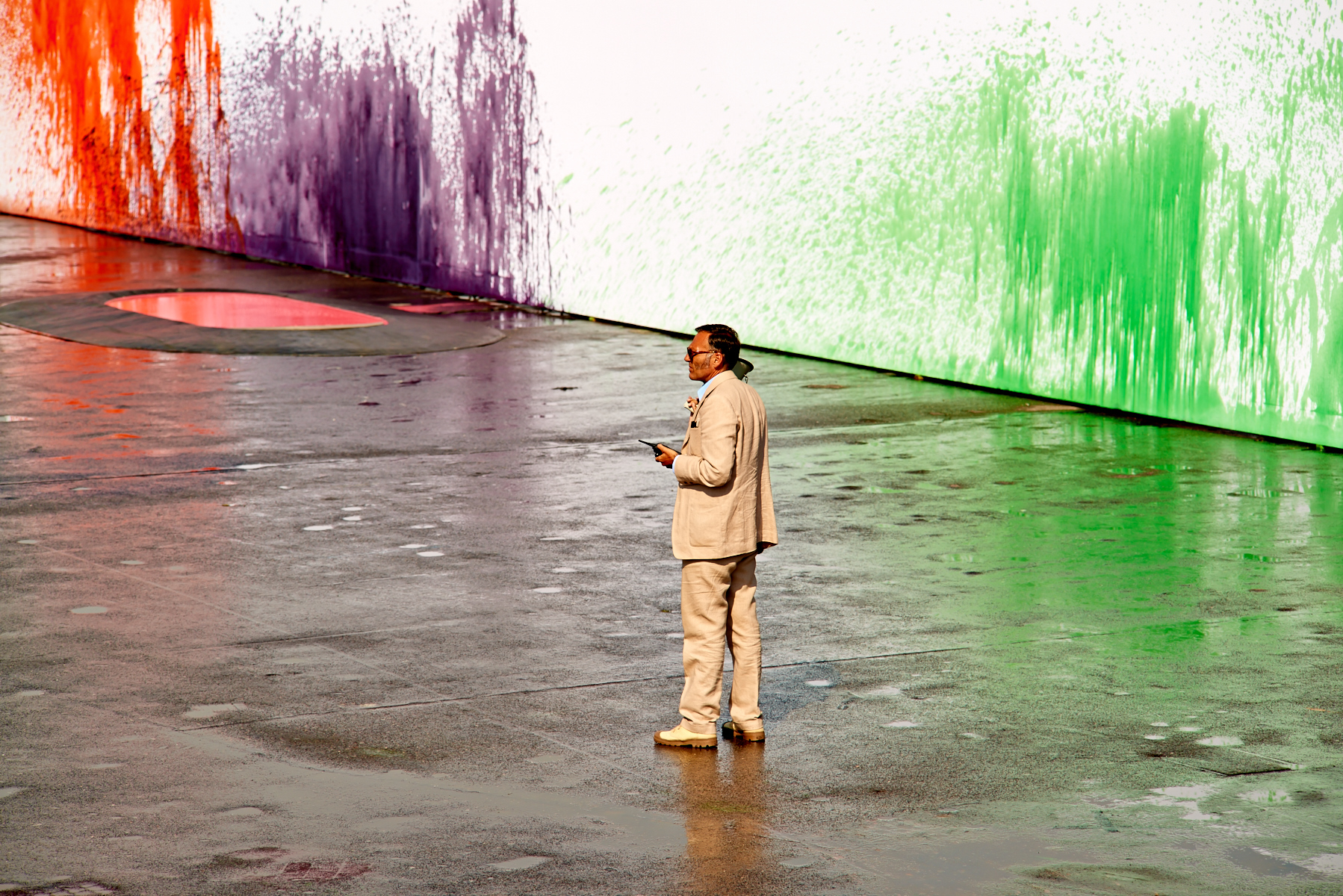 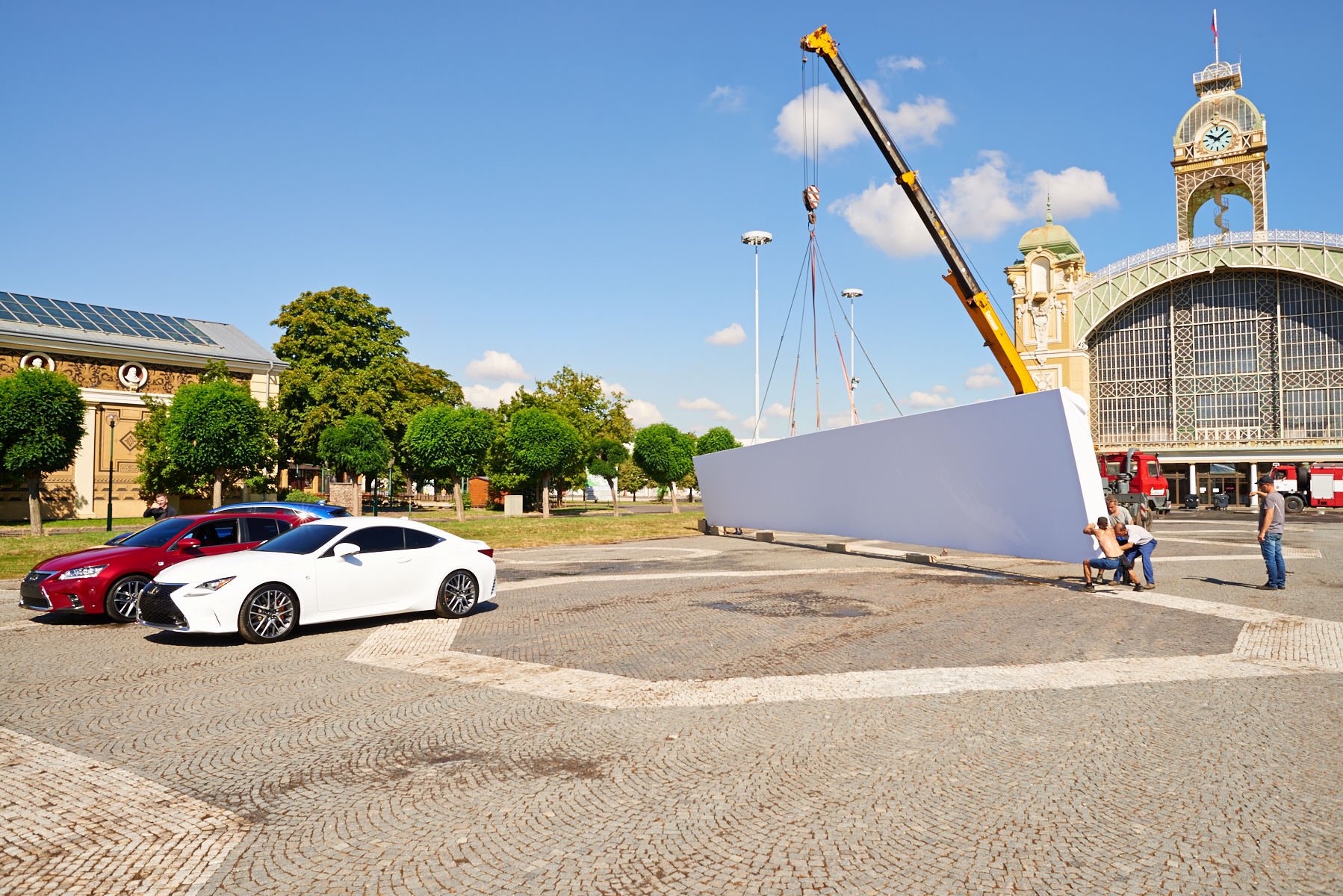 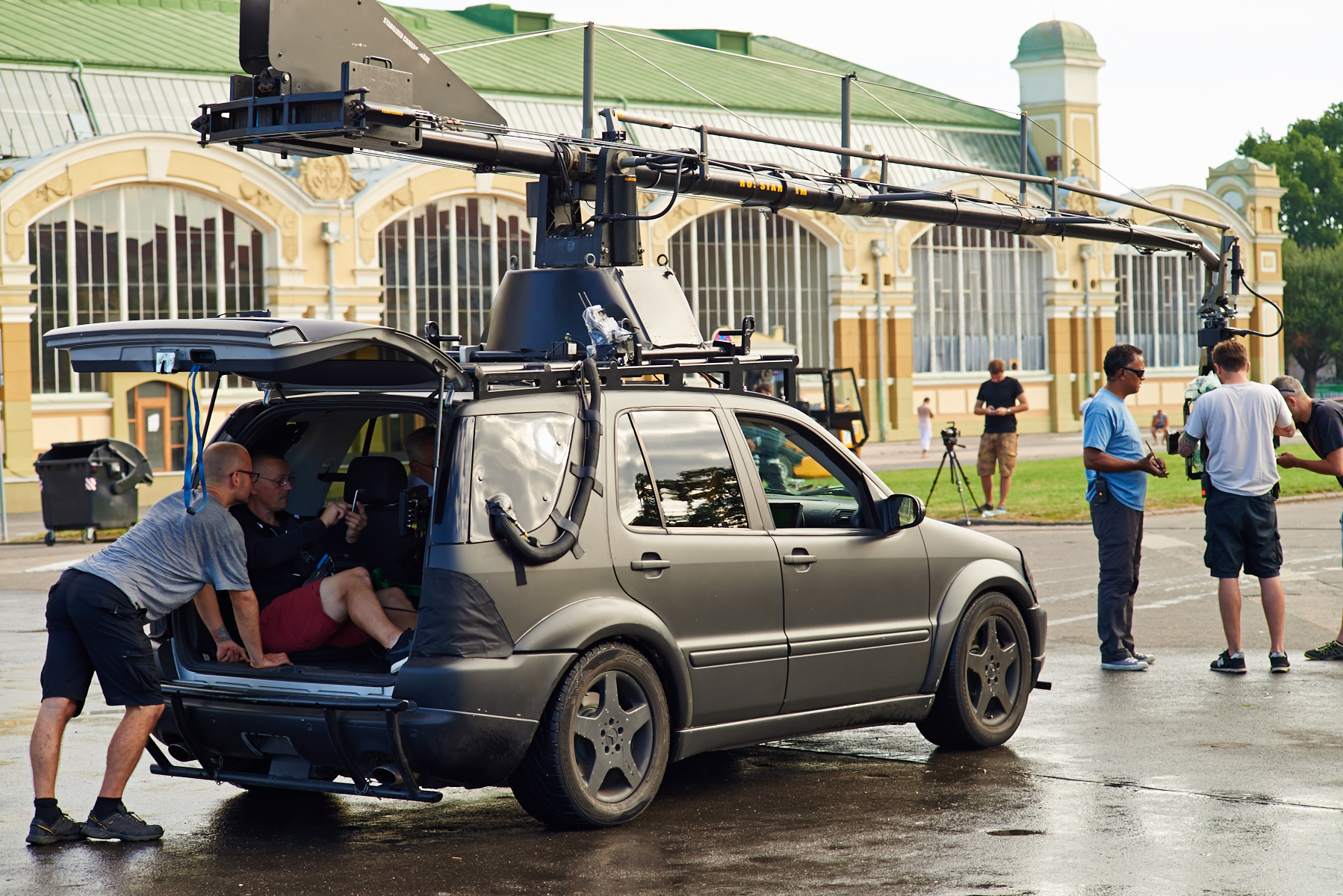 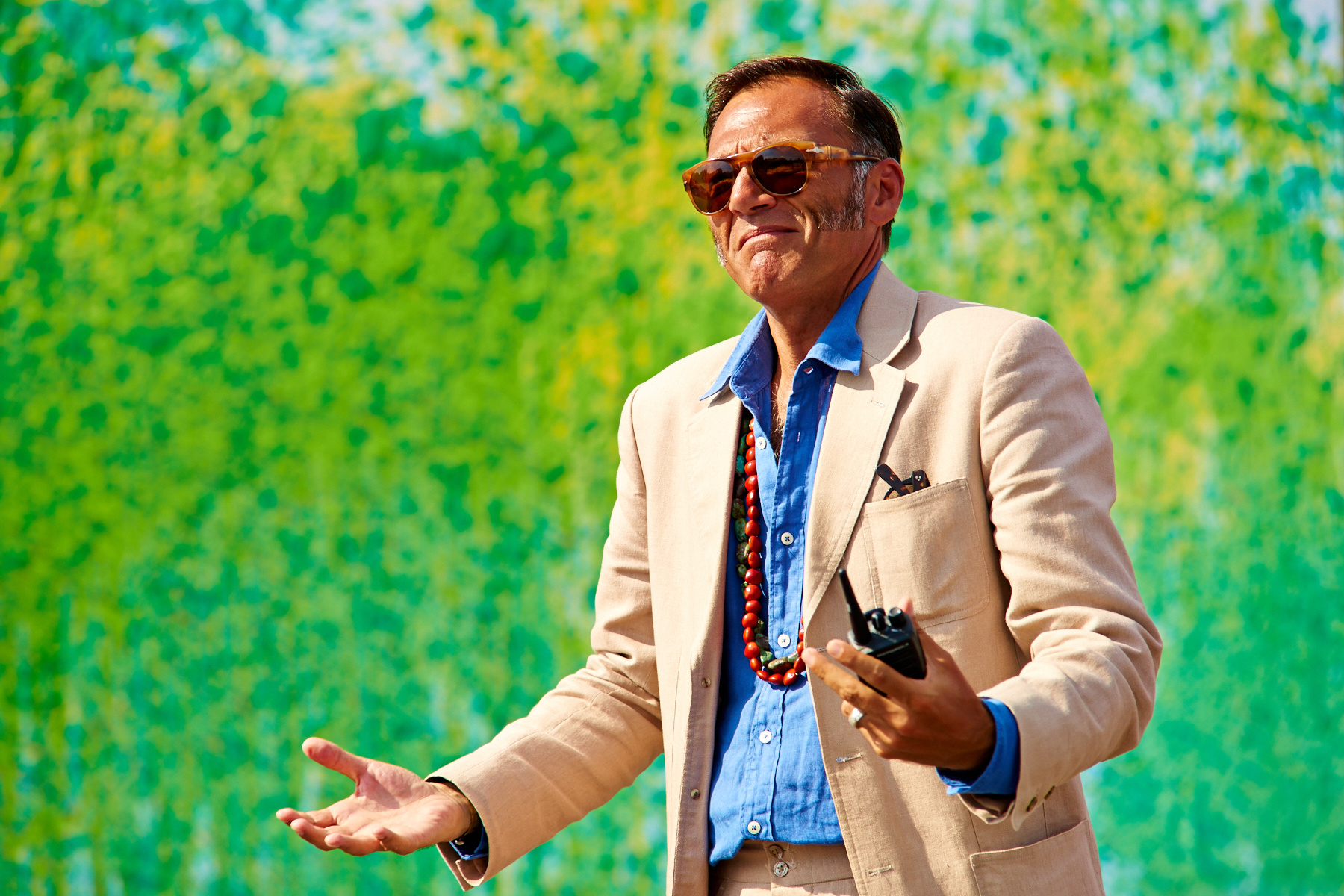 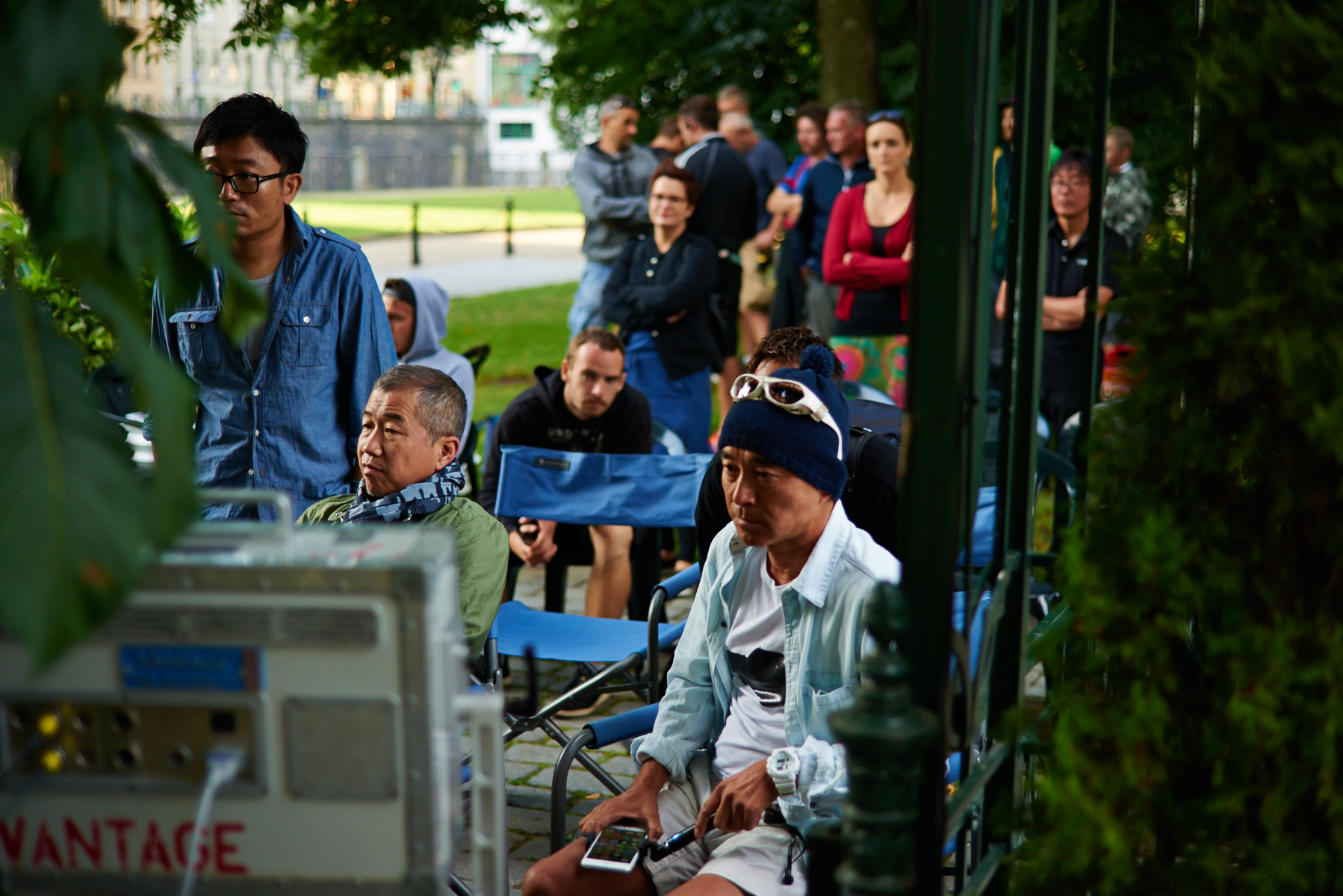 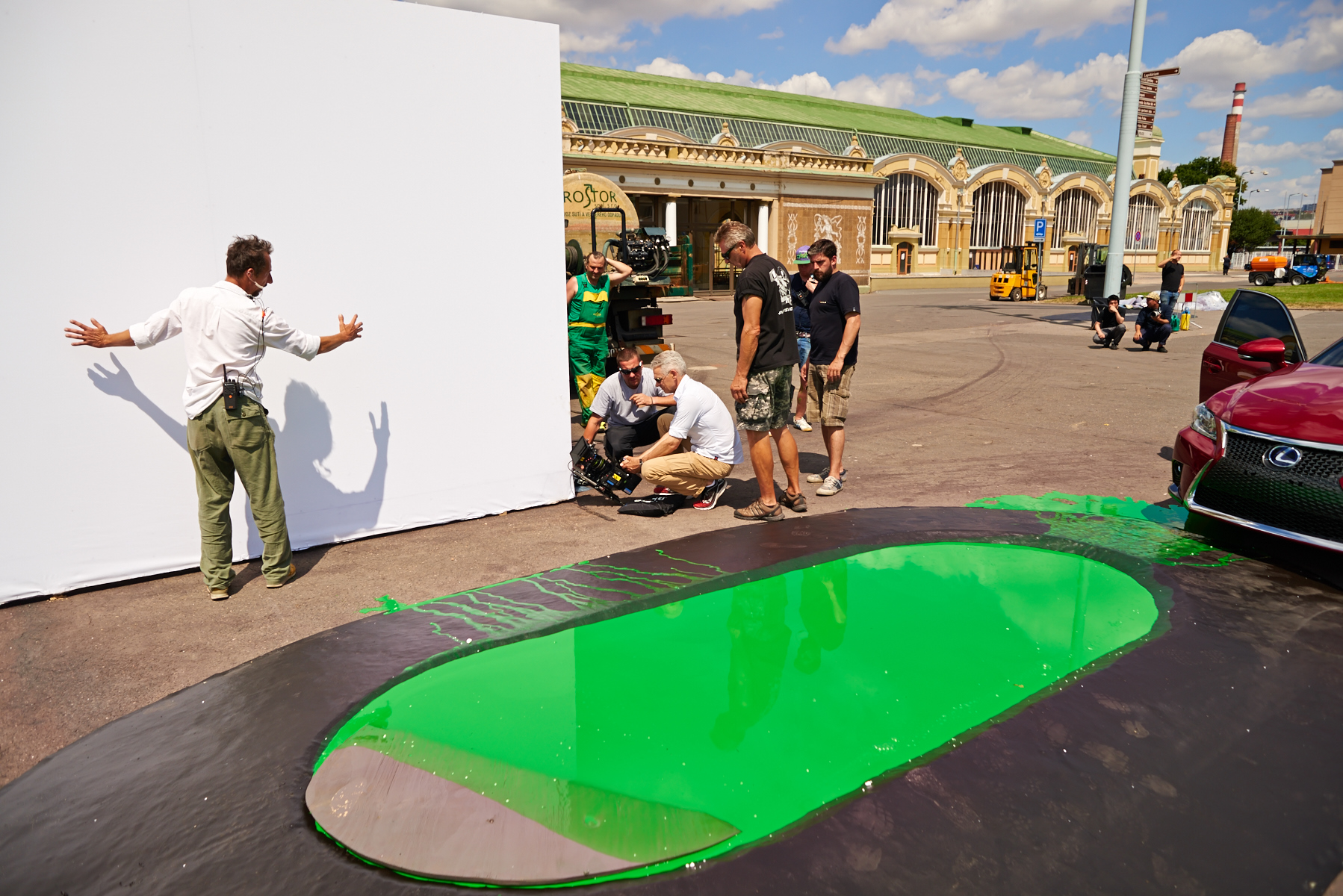 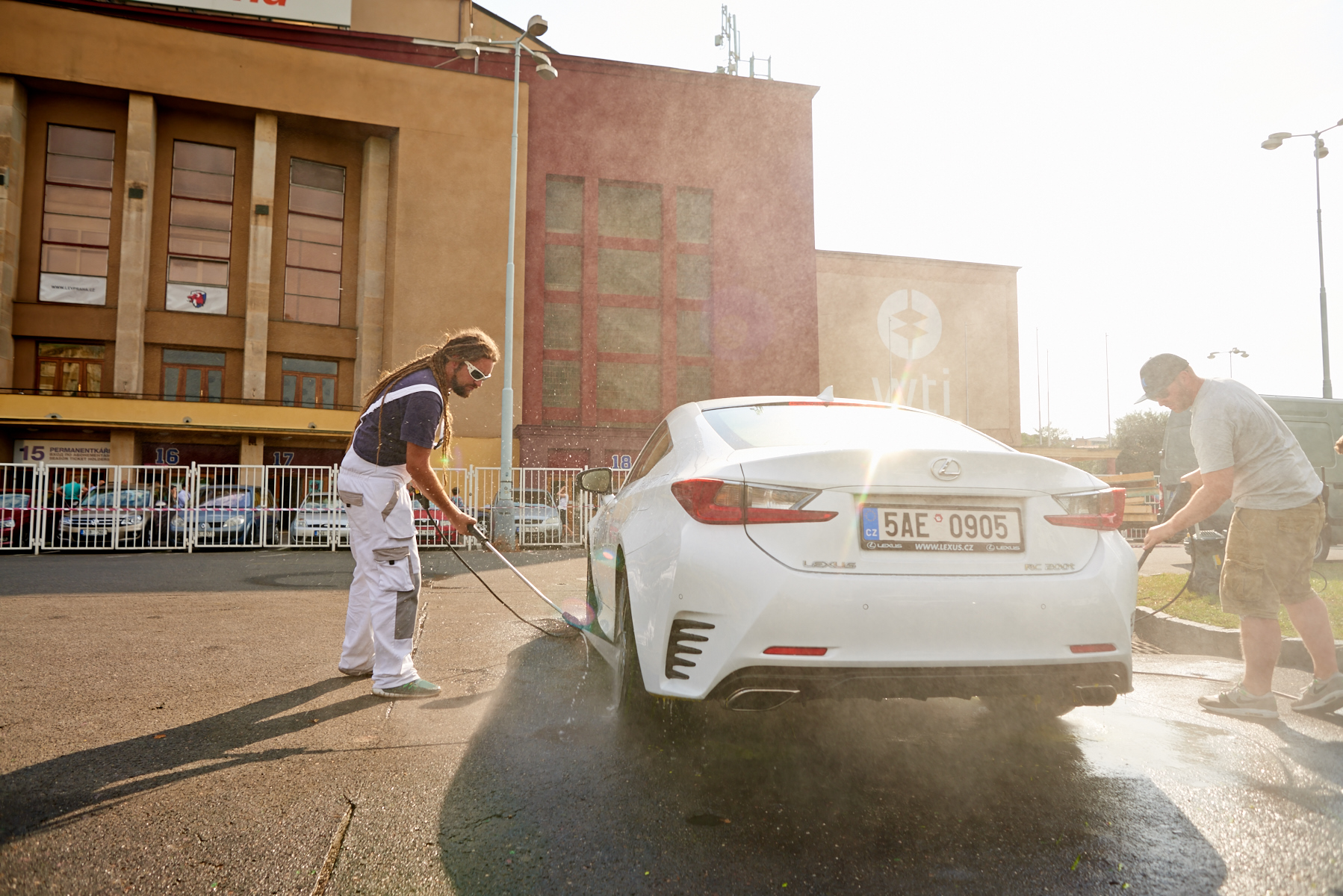