the first boy in space

For the launch of the new Škoda Superb Combi, creative agency Fallon, director Lieven van Baelen, and production company Boogie Films, once again looked to space for inspiration. Continuing on perfectly from the previous spot, ‘Intelligent Life’, this film would focus less on the technological aspects of the Superb and more on the spaciousness of the design.

It is a family story, typical of Škoda, and this forms the heart of the film. Around this, the young boy’s imagination turns the normal journey into a cosmic adventure. This would require the seamless integration of a variety of techniques and cinematic tools to create a realistic, believable, and yet magical glimpse into the mind of a young boy.

One thing that everyone agreed on from the very beginning was that finding the right boy to play the young hero was key. Not only was the story told from his perspective, but the audience needed to feel that he really believed he was an astronaut. This belief would ground the film in reality and bring an engaging and authentic charm. The search for the tiny astronaut took place all over Europe. Production went the extra mile, searching high and wide for an unknown to take the role. After scouting in Belgium, Germany, the shooting location of Portugal, and at home in Czech Republic, all parties agreed that David, seen in the Czech Republic casting sessions, had the right mix of innocence and wonder that made him the perfect astronaut. Working with children is always a challenge. Filming time would be limited, and once combined with schedule and the restrictive and uncomfortable space suit, production knew that it would be tough. With help from the family of Czech actors around him, and guided by Lieven and a Czech 1st AD, David showed that he is made of the right stuff, giving a great cosmic performance.

It was clear from the first reading of the script that the film would require several techniques all coming together to create the effect of interstellar space travel. Director Lieven van Baelen and DoP Glenn Speeckaert drew on their extensive experience, combining both practical in-camera VFX with post enhancements.

The main challenge was creating the effect of space travel. This would be done using predominantly practical effects. The Poor Man’s Process – a filmmaking technique that creates the illusion of a moving vehicle without it actually moving – would be extensively used. Roving lights, reflections caught in the body of the Superb, backgrounds projected onto canvas, and a moving camera, would all come together to turn the Superb into an intergalactic spaceship – at least in the imagination of the boy.The state of weightlessness inside the car was created through a combination of wirework and a high frame rate – made possible by using the Phantom HD camera, allowing up to 1000fps. This simple effect highlights the overall approach to VFX throughout the whole campaign, creating organic and believable effects that are always in service of visuals and support the emotion of the story.

Once shooting had wrapped, the team reunited for post-production. Edited by Manu van Hove, ‘Costume Party’ would require a touch of post enhancements to bring everything together. Alongside ‘Intelligent Life’, this film’s counterpart in the campaign, ‘Costume Party’ would be epic in scale but personal in its observation, creating a spot that is truly out of this world. 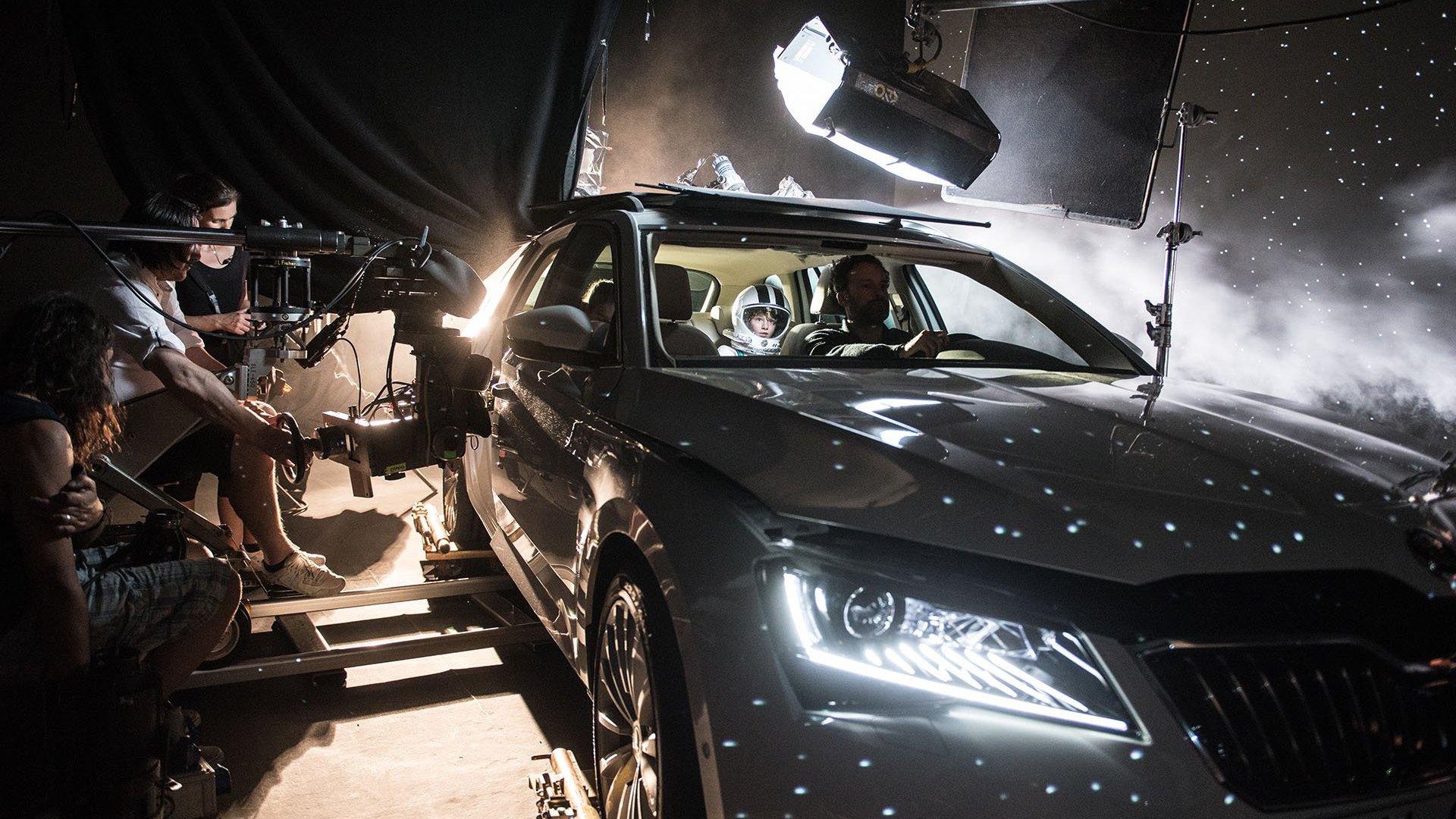 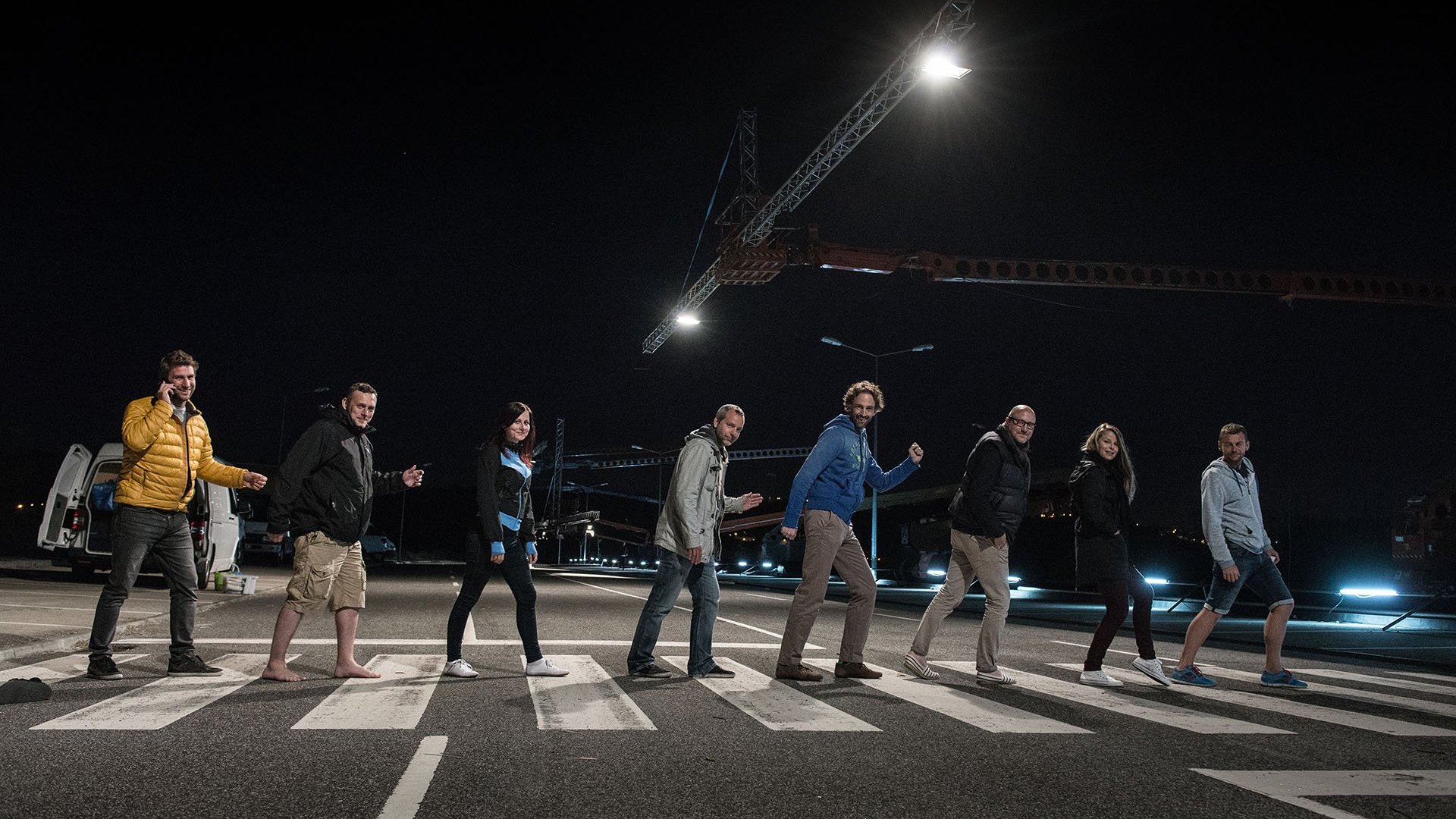 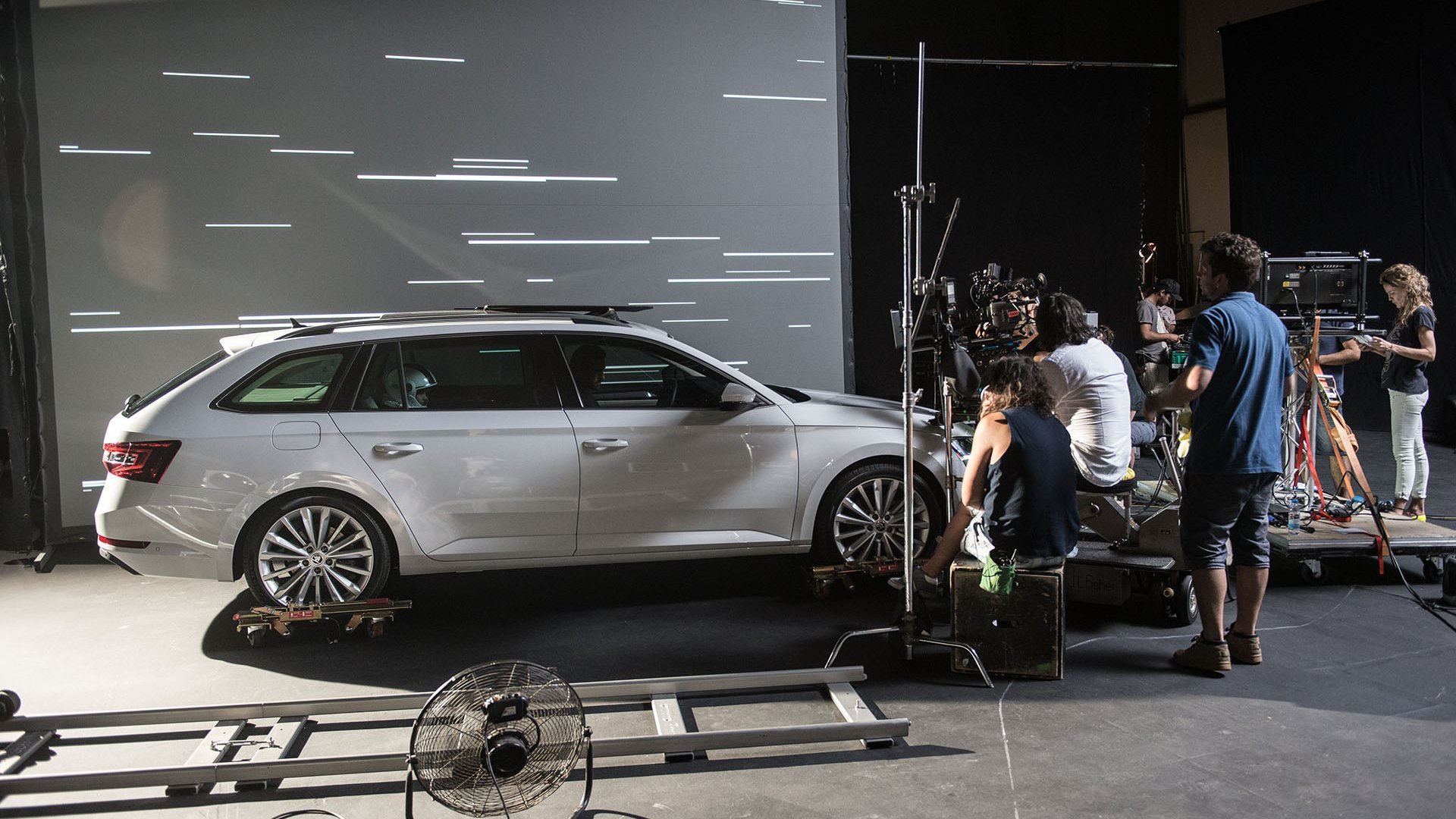 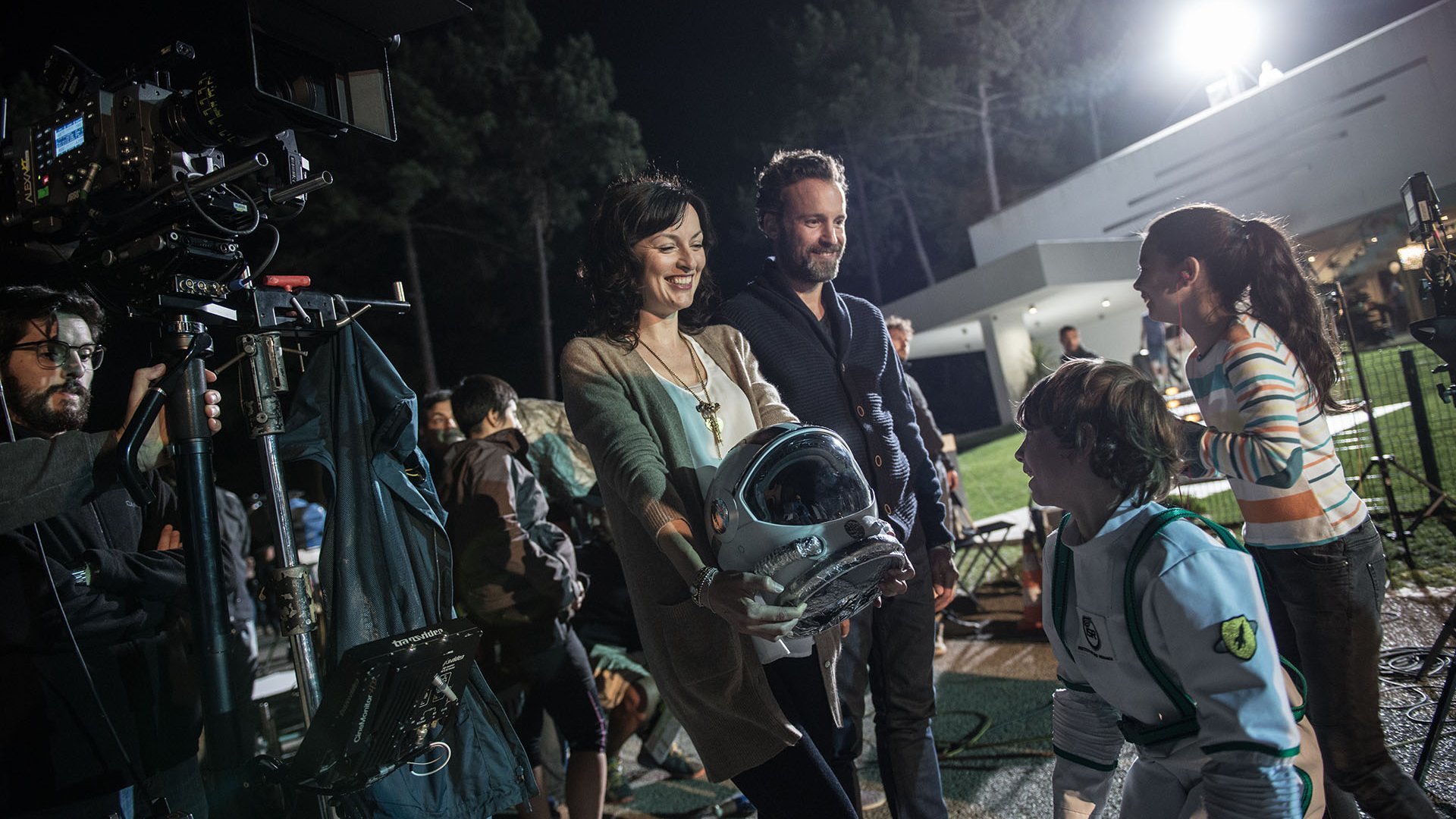 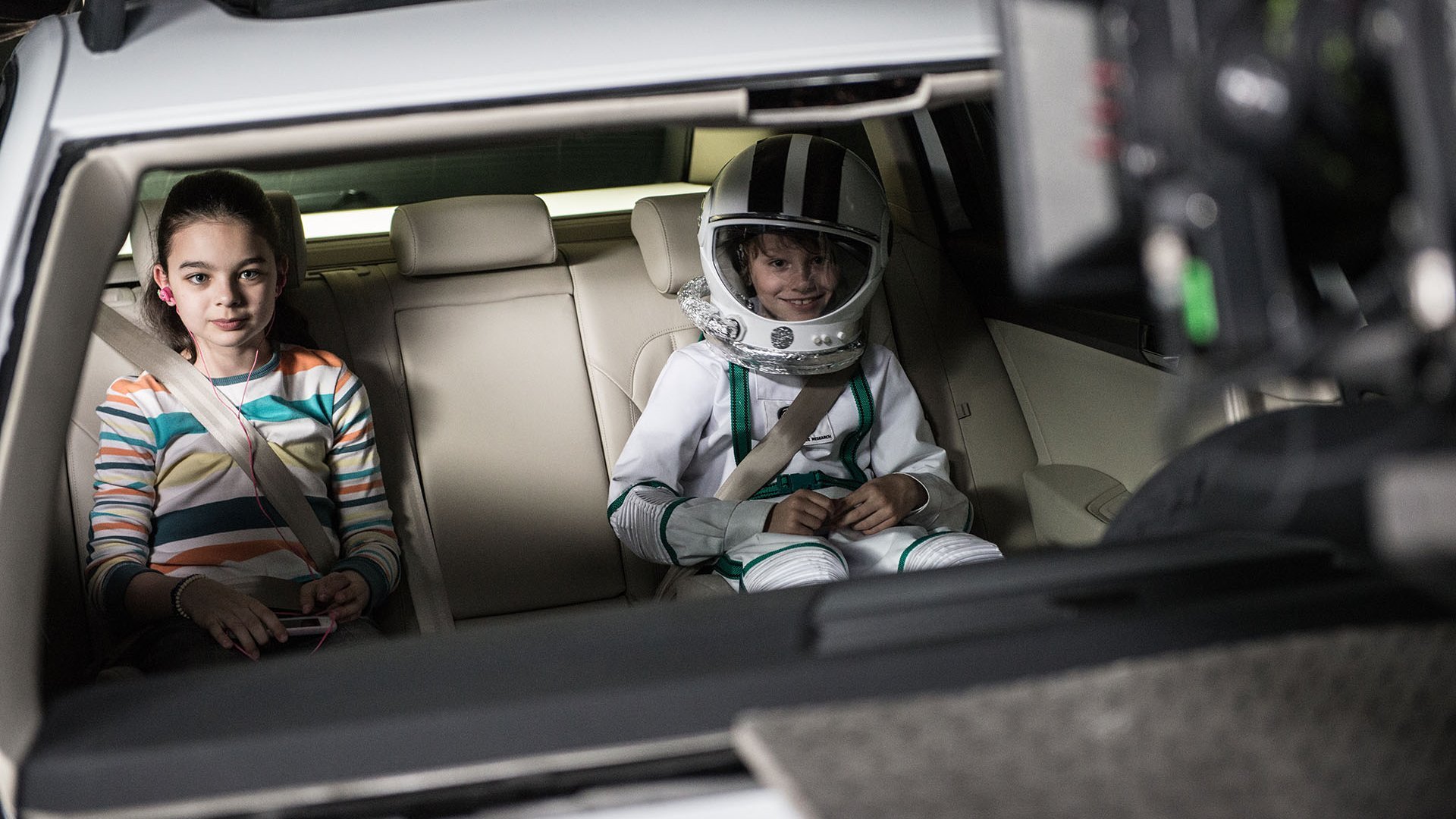 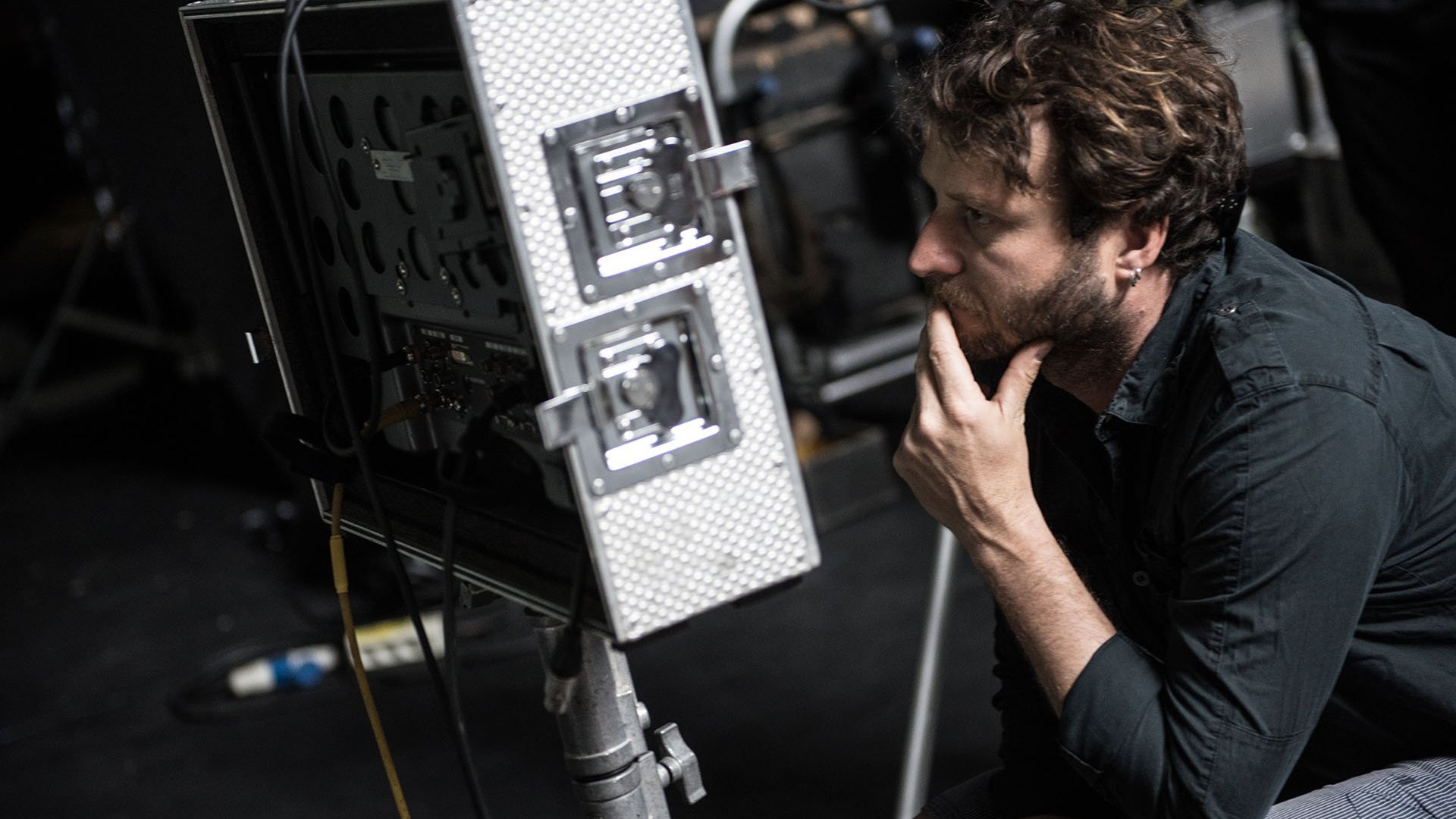 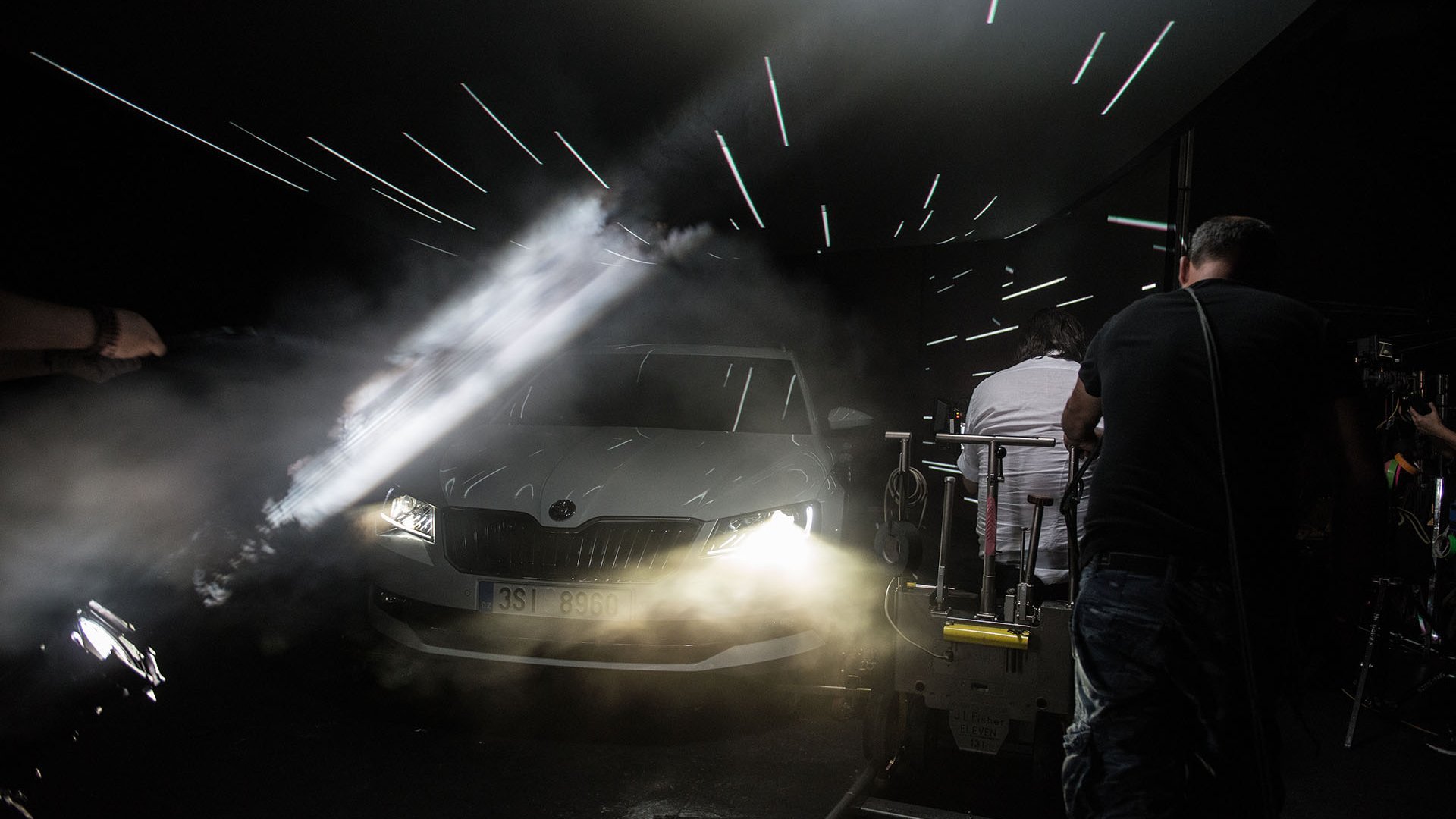